Cannabis in the United States since 2010 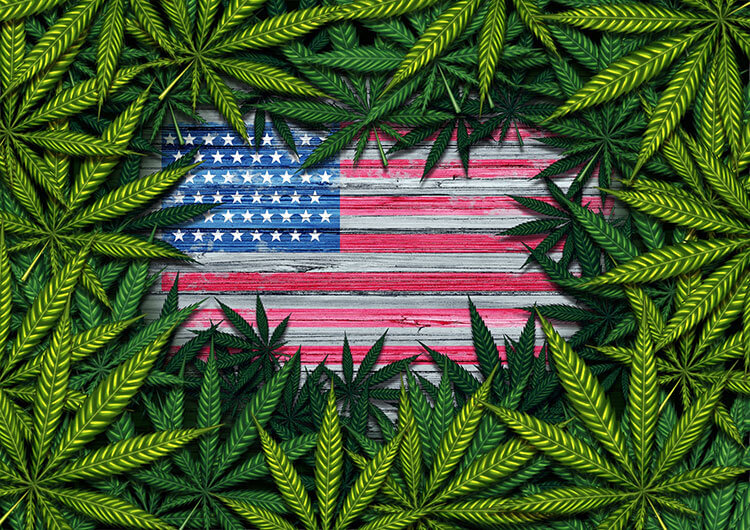 In 1937 the Federal Government sought marijuana prohibition enacting criminal laws, creating the Federal Bureau of Narcotics (FBN) and brought the film “Reefer Madness” to school children as a public service.

Oregon was actually the first State to attempt to decriminalize marijuana in 1973.

Although California and Colorado had their Constitutional Amendments in 1996 and 2000 respectively, under the more conservative Republican led government and the prevailing Federal “Supremacy Clause” marijuana remained effectively illegal.

On October 19, 2009 Deputy Attorney General David Ogden, working in the more liberal Obama administration, authored the “Ogden Memorandum” which gave guidance to States “seeking to authorize marijuana for medical use.

In my opinion the Ogden Memorandum was the catalyst for all the medical marijuana laws and recreational marijuana laws we see today. For the first time entrepreneurs felt they would not be prosecuted by the Federal Government provided they ran their marijuana businesses in accordance with their State laws.

Once the Ogden Memorandum was issued people in Colorado began to dip their toe in the marijuana business. In late 2009 and early 2010 entrepreneurs began to open Dispensaries and to Grow using Amendment 20 as a blueprint. Colorado was in a budget crisis short $80 Million and in route to close many public schools. The Colorado Legislature passed HB 10-1284 placing the Colorado Department of Revenue in charge of this first statewide comprehensive medical marijuana law.

On July 1, 2010 those medical marijuana businesses which were open and operational received provisional permission to lawfully remain in business while the Agency began the cumbersome process of implementing the law. Most importantly, Colorado required marijuana businesses to be “Vertical” meaning that a Company was required to Grow marijuana, make Infused products, and have Dispensaries. Consequently, marijuana companies were able to achieve multiple tiers of profit and for the most part be self-sustaining, which set the standard for marijuana businesses of today. By 2011 Colorado began issuing “Licenses” to the provisional businesses. The Colorado licensing scheme became the model for the many States to follow.

In 2014 the “Cole Memorandum” was authored by the Department of justice giving further guidance to the industry, provided eight things a marijuana business could not do, such as selling marijuana across other State lines or allowing access to children. Most importantly the Memorandum made it clear that the size of the business does not matter. This gave entrepreneurs the green light to expand their commercial operations to large scale without fear of Federal incarceration.

In 2018 once again the Republican party came to power, this time with mixed messages concerning marijuana. Then Attorney General Jeff Sessions took the conservative position that since Marijuana was an illegal substance at the Federal level, in fact a Schedule One controlled substance, the States could not legalize marijuana subject to the Federal “Supremacy Clause”. With the stroke of his pen he rescinded the Cole Memorandum. Immediately any strides which were made with Banking disappeared. More troubling all marijuana businesses were in jeopardy. Had Sessions not run into trouble with the Administration and was ousted he could have single handedly sent cease and desist letters and closed every marijuana business in the Country. In contrast, President Trump took the position that marijuana is a “State’s Rights” issue and took a hands-off position leaving marijuana laws to the individual States. Consequently, businesses were able to not only survive but to thrive and expand.

It appears that good things for the industry are on the horizon. Regardless of the outcome of the election it seems no one will be out to destroy it. There are numerous Bills in Congress dealing with Banking, Decriminalization or Legalization that could come to fruition. The industry has proven to be profitable and so private equity is coming to the market. Real Estate deals are particularly interesting as License holders look for long term stability in properties where substantial investments in infrastructure are made.  A very high percentage of the American public is in favor of legalization. Marijuana convictions are being pardoned in some places, such as the recent Colorado legislation empowering the Governor to pardon convictions for those who possessed less than two ounces. I am hopeful that after more than eighty years Prohibition will finally soon end!